Beginning our tour we visit Filerimos, situated near the village of Trianta, which stands on the same site as the Doric city of Ialyssos in ancient times. The monastery is dedicated to Virgin Mary the Life-Giving-Source and its architecture is much different than the usual monasteries in Greece.  In the region around the monastery, there are the ruins of a baptistery in the shape of a cross, the remains of Ancient Ialyssos and an underground church of St. George that dates from the 14th century AD.  From Filerimos Monastery also starts the path to Golgothas.  On top of this path, up on a hill with amazing views, there is a huge cross, while on the one side of the path, there are engravings that represent the Passions of Christ.

Stretching along the northwest coast of the island lies the third of the islands ancient cities.  Kamiros was one of the three large Doric cities of the island, which united with Ialyssos & Lindos in the 5th century B.C. to create the powerful city – state of Rhodes.  In the archaeological site today there are the ruins of the Hellenistic-Roman city of Kamiros & exact parts of houses & buildings, the Agora, the Doric Temple with a few arches, the central street of the city.

Lunch (optional) is at the village of Embona, here we will have traditional Greek food at a local taverna. Embona is the most important grape-producing village on the island.

Our next stop is at the Venetian castle of Monolithos. On the top of the 300 m rock there is a small church dedicated to Saint Panteleimon.  From this point, you can take photos of the magnificent views of a landscape of unspoiled beauty.

Free cancellation 48 h before the tour

Know Before You Go 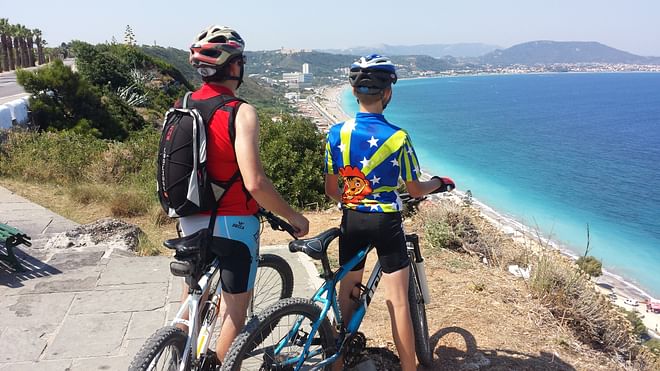 Discover the City of Rhodes, on bicycle! 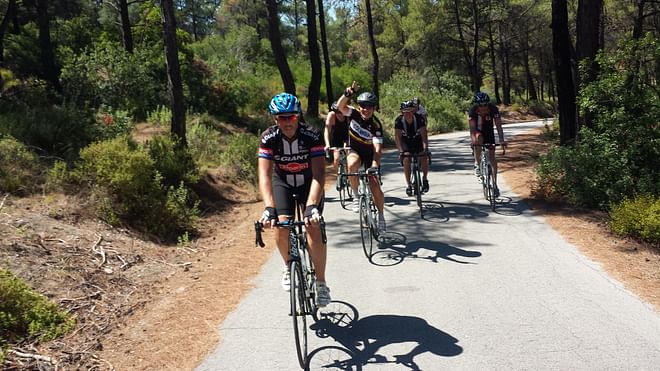 Enjoy a bicycle tour around the Valley of the Butterflies!